This will be The Orchid Conservation Alliance’s first trip to the Island of Sicily. This Mediterranean island is blessed with sandy shores, volcanoes, lush rolling hills, charming villages and topped with ruins from antiquity-Roman, Greek and Moors, etc. Sicily is the largest island in the Mediterranean, basically located at the toe of Italy’s boot, and is surrounded by the Tyrrhenian, Mediterranean and Ionian seas. The food of the island is world famous, particularly the fresh seafood, decadent pastas and desserts. 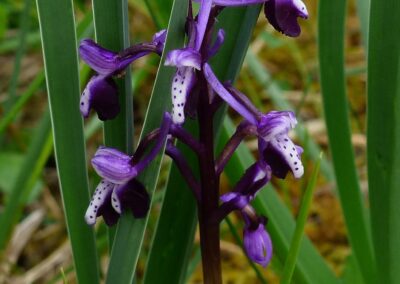 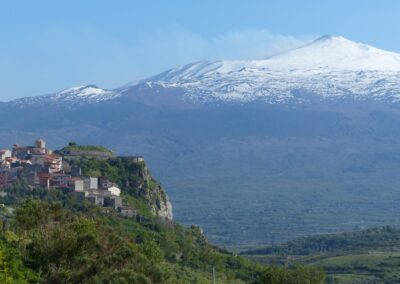 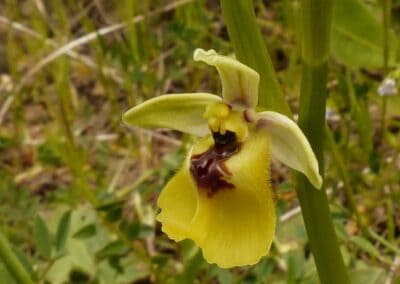 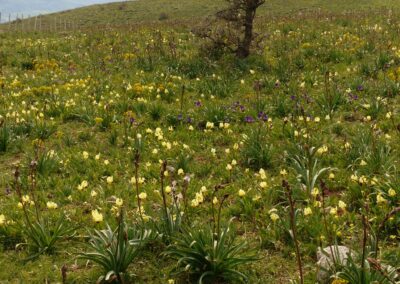 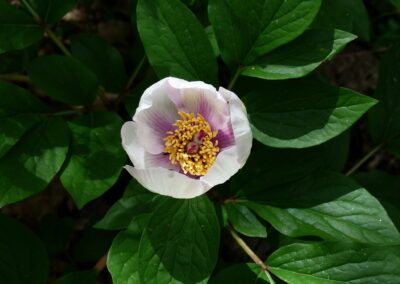 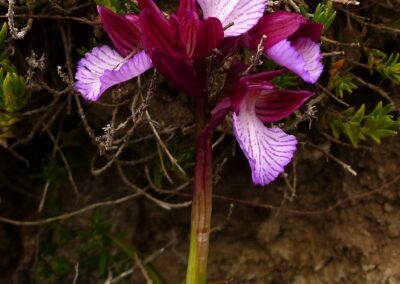 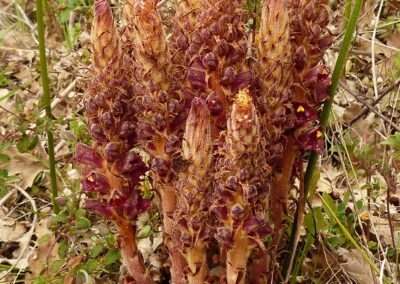 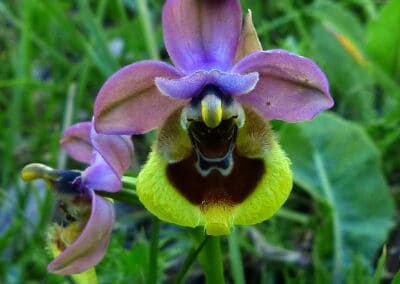 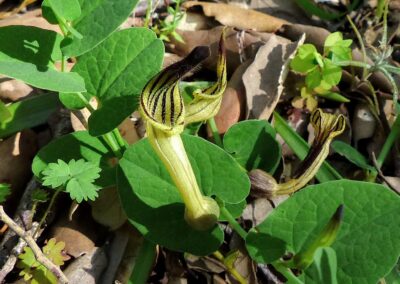 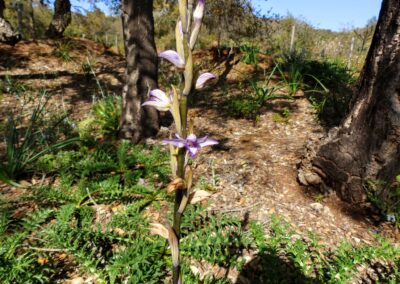 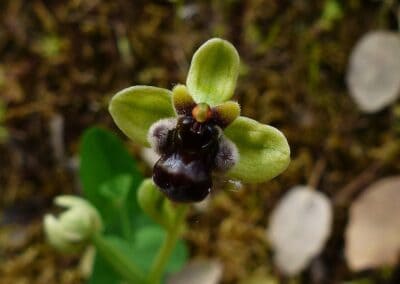 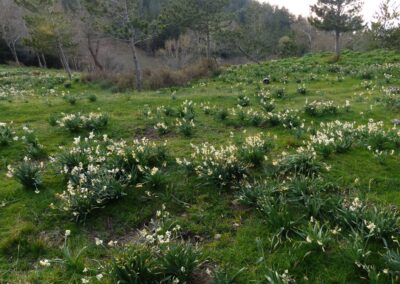 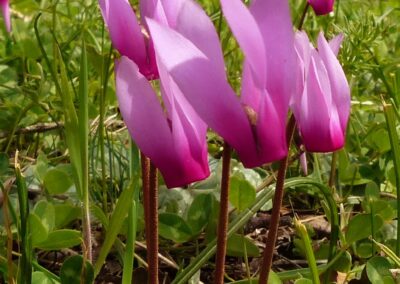 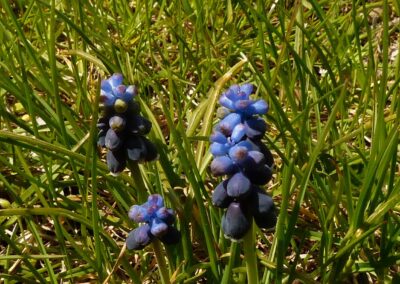 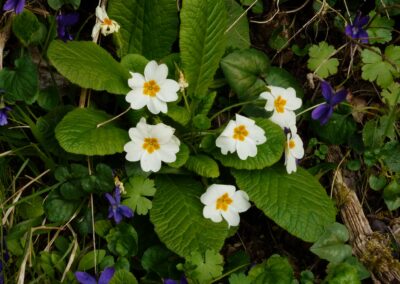 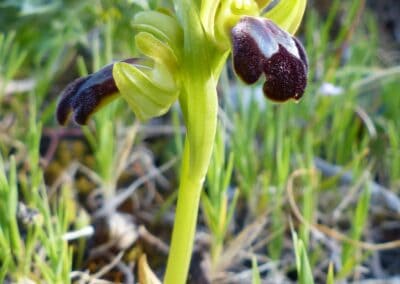 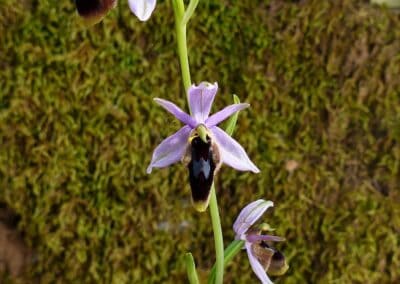 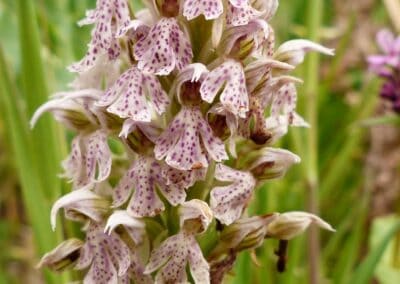 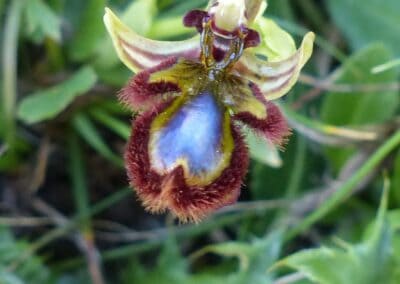 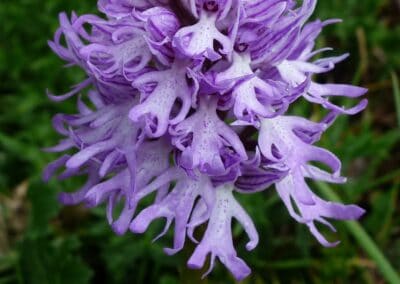 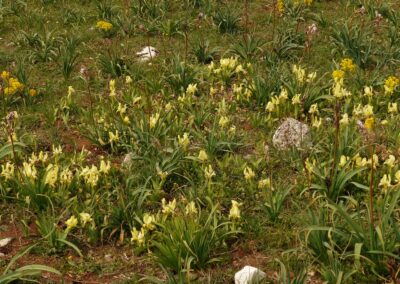 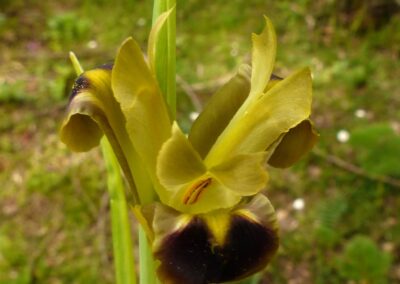 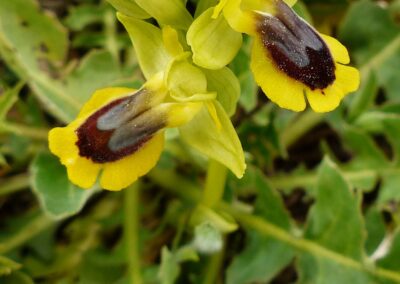 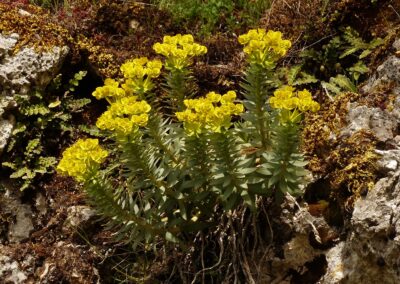 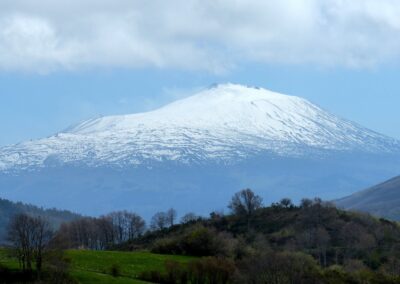 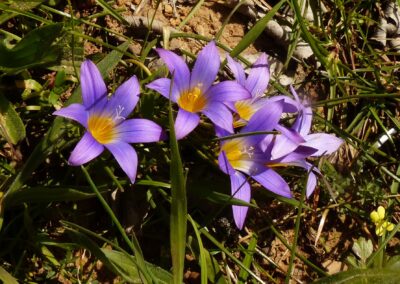 April 10 Guests arrive in Catania and transfer to our accommodation nearby. Welcome dinner. Overnight at the Catania International Airport Hotel.

April 11 Orchid-hunting on the slopes of Mt. Etna (Bronte & Linguaglossa).

April 12 Orchids of the Ferla area

April 14 Visit the ancient city of Siracusa in the morning. Tour of the baroque town of Noto in afternoon.

April 15 Orchids of the Dirillo river valley and Priolo area.

Transfer day – Drive to new base for the next few days. There are several  sites for orchids in the middle of the island where we can stop for comfort breaks and leg-stretches en route.

April 18 Visit Agrigento for guided tour of the archaeological sites, Valley of the Temples, museum,

April 19 Transfer to Palermo airport. Participants should plan on taking flights in the afternoon/evening home.

This will be The Orchid Conservation Alliance’s first trip to the Island of Sicily. This Mediterranean island is blessed with sandy shores, volcanoes, lush rolling hills, charming villages and topped with ruins from antiquity-Roman, Greek and Moors. Sicily is the largest island in the Mediterranean, basically located at the toe of Italy’s boot, and is surrounded by the Tyrrhenian, Mediterranean and Ionian seas. The food of the island is world famous, particularly the fresh seafood, decadent pastas and desserts.

The botanical highlights of this trip will be the many orchids, including a few Sicilian endemics (Ophrys biancae and Ophrys lunulata). According to A Checklist of Sicilian Orchids  by Bartolo and Pulvirenti (1997) the following genera are represented in the Sicilian flora: Aceras, Anacamptis, Barlia, Cephalanthera, Coeloglossum, Dactylorhiza, Epipactis, Gymnadenia, Himantoglossum, Limodorum, Listera, Neotinea, Neottia, Ophrys, Orchis, Platanthera, Serapias, and Spiranthes. (Recent taxonomic changes have no doubt confused this!). In this checklist, the  number of species and subspecies came to 90, that of hybrids, 59. Ophrys with 34 taxa and Orchis with 21 taxa (hybrids excluded) were the largest genera. No matter the names there is plenty of diversity to enjoy!

Our base hotels are two lovely resorts surrounded by the countryside, offering the possibility for early morning and evening strolls about the grounds. We will have walking tours of the ancient city of Siracusa and the baroque town of Noto, as well as a tour of the infamous Valley of the Temples with experienced and knowledgeable English speaking guides.

Our transportation will be in small Mercedes minivans, with experienced drivers. 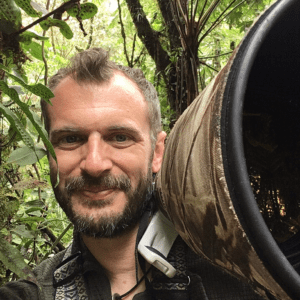 Jon Dunn is a natural history writer, photographer and experienced wildlife tour leader based in the Shetland Isles, but with strong links in Europe and the Americas that see him travelling widely in search of memorable wildlife encounters.

An accomplished all-round naturalist and Fellow of the Linnean Society of London, Jon is the author of the critically acclaimed botanical bestseller “Orchid Summer” (Bloomsbury, 2018), and the Carnegie Medal for Excellence in Nonfiction longlisted dive into the world of hummingbirds, “The Glitter in the Green” (Basic Books (USA) & Bloombsury (UK), 2021).

He is also the author of the “Britain’s Sea Mammals” field-guide, and co-author of the “Britain’s Mammals” field-guide, both for Princeton University Press. Jon writes weekly “Rarity Round-Ups” for Rare Bird Alert. His writing and photography have featured in many popular wildlife magazines, including BBC Wildlife, Birdwatching, and British Wildlife, and newspapers worldwide, including the Sunday Telegraph, the Wall Street Journal, and La Repubblica.

He credits a childhood living in the rural West Country of England for his lifelong interest in all things natural history based – a childhood spent exploring the water meadows and abandoned orchards of the Somerset Levels, and the droves and ancient woods of Dorset’s Blackmore Vale. Before long he had spread his wings further afield and was travelling widely around the British Isles and then further afield in search of birds, butterflies and orchids.

A move to Shetland some 20 years ago found him happily living in one of Europe’s great wildlife habitats, with Otters literally on his doorstep, and summer evenings spent watching Harbour Porpoises from the kitchen window.

Meanwhile, Jon is never happier than when he’s out in the field with his camera trying to do justice to the wonderful wildlife he encounters on his travels; though sitting watching the sun set over the sea in Shetland while he writes about what he’s seen comes a very close second for his affections.

Once stalked by a Mountain Lion whilst birding on the edge of Mexico’s notorious Sierra Madre Occidental, he generally prefers experiencing wildlife on his own terms and not as part of the food chain. 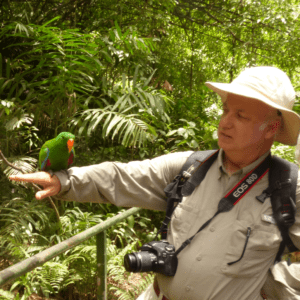 The OCA tour leader, Spiro Kasomenakis is an avid orchid “hunter” and has joined many of the previous OCA orchid trips. In 2015, he led an Orchids in the Wild tour to the island of Crete as well as various sites on the Greek mainland.  He was also a co-leader on the OCA post-World Orchid Congress tour to Ecuador in  2017. Spiro has a Bachelor of Arts in horticulture and has written numerous articles for Orchids Magazine (AOS) about his adventures to see orchids in their habitat. In addition to orchids (and plants in general), Spiro’s hobbies include archaeology, photography and the arts.

Participants should plan to arrive in Catania on April 10 and take the free airport hotel shuttle to the Catania International Airport Hotel, Via San Giuseppe La Rena 94, Catania, 95121, Italy tel +39  (866) 238-4218. Rooms will be reserved under the name of the participant (s).

Participants should plan to depart from Palermo on April 19. To avoid scheduling issues, please plan on afternoon or evening flights.